A digitally signed e-mail proves to the recipients that the message has not been edited in transit, and verifies the identity of the sender. So a digital signature enables trust and non-repudiation. It’s a good practice to sign e-mails. It’s as simple as that. But how do digital signatures actually work? Knowing that enables you to understand why you should trust and use them. This article will briefly explain that.

We must first understand the basics of asymmetric cryptography, digital certificates and hashes to get our heads around this topic.

A hash value (also known as digest) is the computed result after feeding data into a hash function. The hash function will always produce the same hash value as long as the data input is the same. On the other hand, the smallest change in the data input will result in a totally different hash value. Hash values are often used to verify data integrity.

Lets say that you have obtained a digital certificate from a major CA, and imported it and the corresponding private key into your e-mail client. What now? Just tick the “Sign” option when composing a message and you are done. It’s that easy. But how does it work?

When you send the e-mail, the encrypted hash value is attached along with your digital certificate (which contains your public key, remember?).

They now have your hash value of your e-mail, and they know you created that hash value. They can now create their own hash value of the message they received by feeding it into the same hash function you used.

If the hash value they created matches the hash value you sent them, they know for a fact that the message has not been edited in transit. And since you used a digital certificate from a trusted CA, they can also trust that the sender is actually you, and not an impostor. 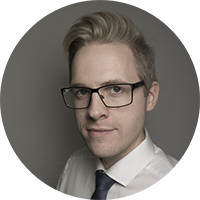 I’m an IT Operations Manager and have worked with IT operations and security for more than 10 years. I live in Holmestrand, Norway.